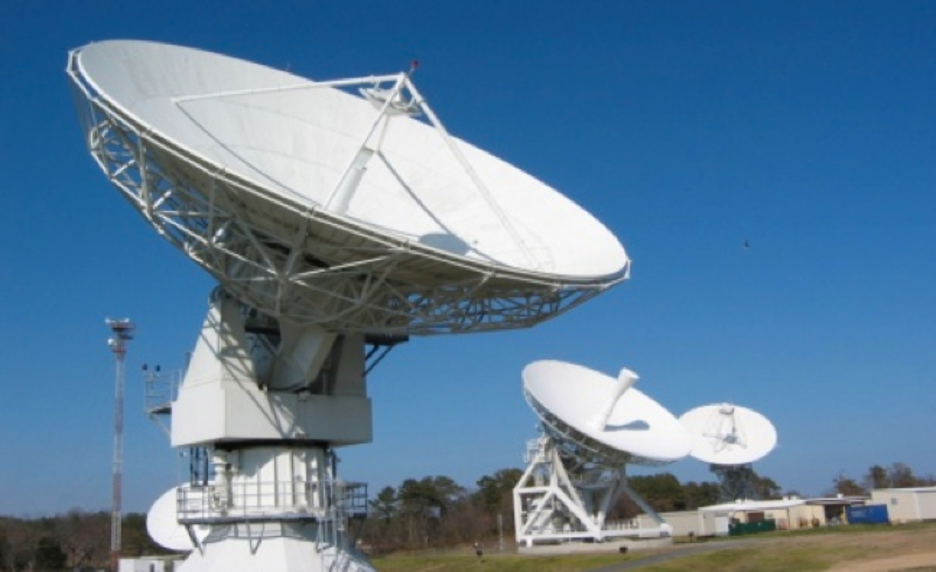 So, how do the professionals do it? Mostly with really big dishes mounted on 2 axis swivel bases like these ones, used by NOAA to receive information from weather satellites. The satellites pass overhead regularly, and are programmed to transmit their data using omnidirectional antennas when they do so. The dish antennas, pointed at the satellites, both receive the data and transmit instructions to the satellites. The dish antenna results in a powerful beam of radio waves aimed at the satellite, which can again use an omnidirectional antenna to receive the instructions. That way you don’t need to precisely aim the satellite at the ground station, which takes non-renewable fuel or momentum in the reaction wheels, which must later be removed using yes, more fuel.

As to where these are located, it depends on the satellite. Satellites in equatorial orbits require stations near the equator, whereas polar orbiting satellites work better with higher latitude stations work best. In the middle latitudes, you have stations like the one pictured here, in Wallops Island, VA. These can handle satellites of both types, though not as well.